The impact of the ABC Test was that many app-based drivers (such as Uber or Lyft), as well as other worker who were originally classified as independent contractors, could be classified as employees under California law. The cost of hiring an employee is very high when compared to an independent contractor which prompted app-based services to threaten to stop providing services within the state of California.

In response to California’s ABC Test, Rideshare companies (such as Lyft and Uber) sponsored a California Voter Proposition which reclassified Rideshare workers as independent contractors. Voters overwhelmingly supported Proposition 22 and approved it by a margin of 58.5% to 41.5%. The adoption of this proposition makes it so that state employment related labor laws would not cover app-based drivers.  However, the proposition did afford app-based drivers certain protections such as limiting app-based drivers from working more than 12 hours during a 24-hour period, unless the driver has been logged off for an uninterrupted 6 hours. It also requires companies to provide or make available accidental death insurance for the benefit of a driver’s spouse, children, or other dependents when the driver dies while using the app.

As Proposition 22 goes into effect in 2021.  There may be an expansion of these carve-outs if this arrangement proves successful for app-based rideshare companies such as Door Dash, Lyft, and Uber.

To find out more about whether your workers should be classified as independent contractors or employees, contact your local Borton Petrini, LLP office to request a consult with one of our employment law attorneys. 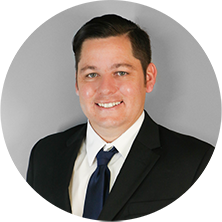 Steven Ferguson is an attorney in our San Bernardino/Redlands

Legal Disclaimer: This article is designed for general information only. The information presented should not be construed to be formal legal advice, nor the formation of a lawyer/client relationship.